Add to favorite articles Remove from favorites articles
Art in Art is another exhibition in our series that confronts important areas of life with their perception by artists. This exhibition will, however, differ from the others. The previous themes were ‘taken from life’ and analysed received truths and manipulations thereof.

History showed the drama of war, patriotism and national identification. Sport revealed human ambition and potential. Economy warned against the power of money and its ubiquity. Crime probed the evil that is in us. Gender projected the prejudices related to gender. Medicine demonstrated the complexity of body addiction. Each of these topics has proved a direct source of existential symbols, which one can employ in one’s own commentary on the world that we have been condemned to live in. They delineate the limit of our functioning and mark out the extent of our freedom and dignity but also our iniquity. As for Art – it has no power to influence our lives directly.

Art is there to provide reflection and both stimulate and provide depth to our critical perception of everything that existence entails. Such is the role of art, and this is the kind of art that MOCAK endeavours to show in all its activities. But art also has another, more ‘arty’ face – as one big conglomeration of familiar images of acclaimed pedigree, works with their own idiosyncratic context, in which they have thrilled and enraptured many. This collection includes masterpieces, representations of famous characters, specific compositional games and expressions and great scandals. Images taken ‘from art’ have considerable semantic capacity; each is a quotation as potent as a short text. Thus, artists frequently avail themselves of the art of others, for a variety of reasons, since this is an operation that can service all themes. The exhibition Art in Art does not wrestle with any particular existential problem but rather illustrates a sophisticated semantic game that is capable of dealing with a variety of issues. For this very reason, previous exhibitions in the series included works that contained ‘art in art’.

Zofia Kulik, Ambassadors of the Past. Made in GDR, USSR, Czechoslovakia and Poland, 2006, photograph, 210 × 243 cm, courtesy of Z. Kulik, ŻAK BRANICKA Gallery, Berlin 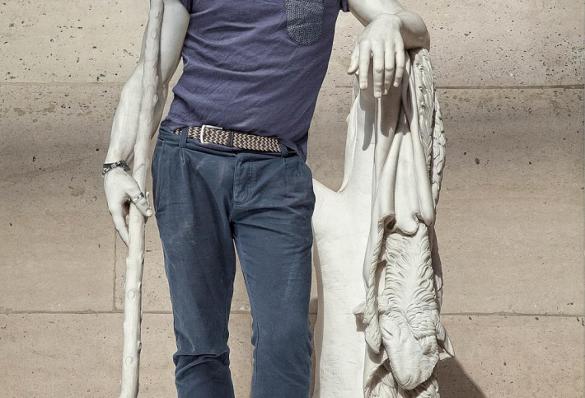 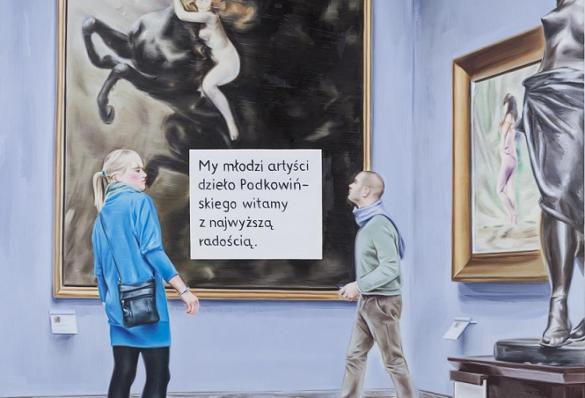 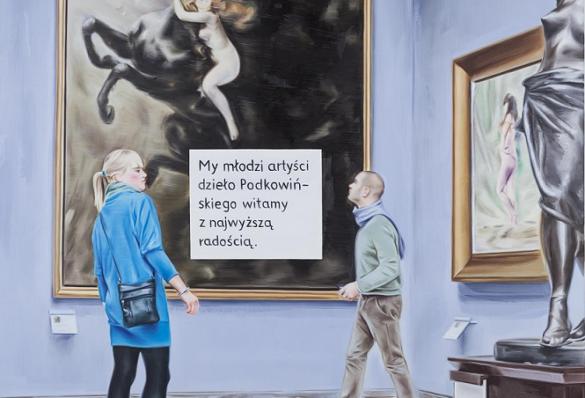 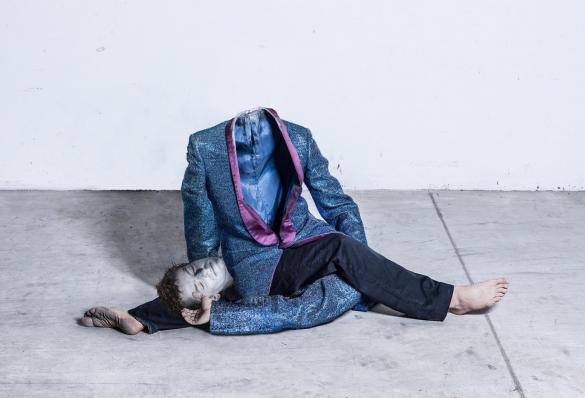 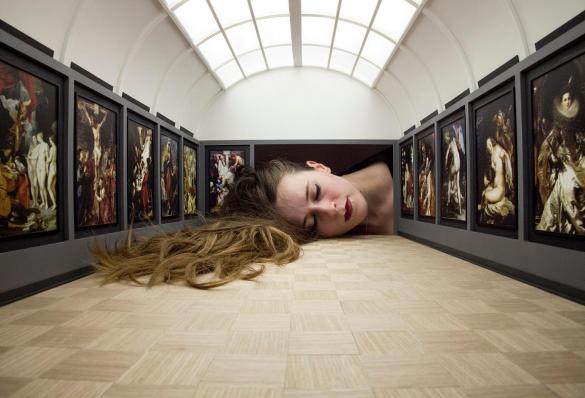 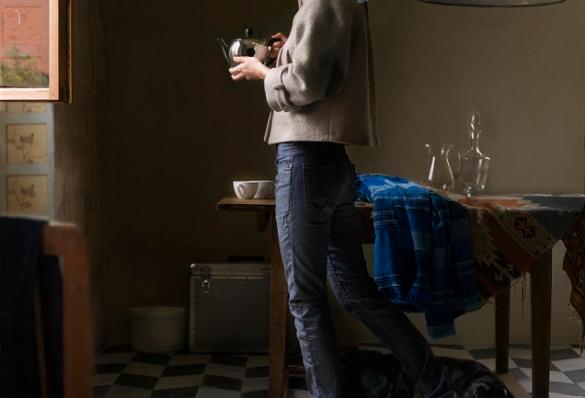 An interesting form and content in your e-mail box, every week. This is our newsletter!

If you have any questions regarding the subscription or purchases, please contact us at: subscription@label-magazine.com.

IKEA has created a collection for animals

Owners of cats and dogs for their pets are able to do almost anything. Animals occupy not only a special place in the hearts of the owners but also in their homes. That's why IKEA has created a special collection for dogs and cats...

Guggenheim offers over 200 free books on art for free

It's a real treat for fans of art. The Solomon R. Guggenheim Museum has provided more than 200 books and art albums on its website. Absolutely free....

IKEA is one of the most well-known furniture brands in the world. Cultures are not only furniture produced by the Swedish brand, such as the Billy bookcase or the POÄNG chair, but also its identification...

The story of the Moomins created by Tove and Lars Jansson in Finland is considered a national good. Little Mi is recognizable almost throughout Europe. Now Moomins are returning, this time in the form of an animated series...

„Vogue” is one of the most prestigious titles in the world. People like Anna Wintour, Grace Coddington, Carine Roitfeld and Emmanuelle Alt in the fashion world needs no introduction. Now, this group joined Alexandra Woroniecka...

The huge exhibition by Frida Kahlo is available online for free!

Frida Kahlo is one of the most characteristic figures in the 20th century art world. The wider audience is known thanks to the cult film "Frida" with Salma Hayek in the lead role...

The young student shot advertising of adidas, which has become an online hit. Before publication he tried to contact the brand, but after sending his video did not get any response. Do adidas missed the best advertising in its history....

Many of us have a catalog of the Swedish brand at home, and the biggest fans of the brand have been waiting for it for months. See what IKEA will offer us in the new season...

A washing machine that will iron and fold your laundry

Washing clothes is the whole process. First wash the laundry, then pack into the washing machine and select the appropriate measures. Then hang the laundry, leave to dry, collect, iron and put in a suitable place for the closet. And if it was easier...

Arka of Konieczny best home of the world according to the magazine Wallpaper *!

Studio of Robert Konieczny begins year in a good way. Recently, the building of Centre of Dialogue Przełomy was awarded the title of "World Building of the Year 2016", now appreciated was another realization of the architect...

Pantone is one of the most popular brands dealing in colors. Pantone color choices always arouse great interest, not only in the world of design and fashion. See what color palette will be fashionable according to the American institute for spring-summer 2019...

Advertisements from the first half of the twentieth century, although they have a lot of charm and retro-charm, can sometimes be shocking. It can not be denied that the position of women has changed significantly since then - which would make some of them nowadays certainly be considered...

If the famous logo was designed by artists

Logo is very important, in the end for many brands is a hallmark for tens or even hundreds of years! What would a McDonald's without the famous "M", then Starbucks without its siren...

The latest campaign of the Spanish brand would encourage to „love your curves.” On the posters illustrate this slogan there are...

The new Netflix series for fans of design

"House of cards", "Black Mirror", "Narcos" is one of the most popular production of platform. Is the series "Abstract: The art of design" repeat their success...

The choice of the color of the year by the Pantone Institute always raises a lot of controversy. Some colors are received with great enthusiasm, like last year's Greenery, others arouse controversy as the famous Marsala. What will raise our hearts in 2018...

IKEA jokes about the new Mac Pro from Apple

IKEA is known for its unusual campaigns promoting products of the Swedish brand. Their authors are not afraid to put on controversy (as in the case of advertising with a hidden pregnancy test), acrimoniousness towards other brands (famous inductive charging, which IKEA set against Apple) or a...

IKEA advises how to recognize the original

We recently wrote about the bag from the new Balenciaga collection which resembles the famous FRAKTA bag from IKEA. The Swedish network responded in a funny way...

Banksy once again mocked the world of sumptuous auctions and respectable collectors. During the auction at the New York branch of Sotheby, just after the auction for over a million dollars, the picture was self-destructed...

Designing a small apartment so that it looks bright and airy is a big challenge. In the end, such a small space is easy to clutter with different equipment. In this small apartment it was decided to take quite radical steps to accommodate all the furniture. Look...